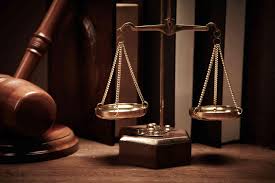 Between any couple divorce appears to be the most traumatic occurrences of their lives. However, it can be a costly affair in India if divorce is contested by any of the parties. Even couples who agree for mutual divorce have to show to court that they have been separated a year before the filing of the divorce petition. In India dovorce is considered to be a personal matter as rules of divorce are connected with one’s religion like Hindus, Buddhists, Sikh, and Jains is governed by Hindu Marriage Act, 1955. Muslims by dissolution of muslim marriages act, 1939, Parsis by the Parsi marriage and Divorce Act, 1936, and Christians by Indian Divorce Act, 1956.

The spouse can initiate to send legal notice before ending their relationship.

There are different grounds on which divorce is granted, here our expert legal team helps you understand different topes of Divorce petitions and help in understanding the divorce process in India.

When both spouses agree to a divorce, then it is considered a Mutual Divorce. However, as per the Act, a couple should at least be separated for over a year and the same is to be proved before the Hon’ble Court. Ofte, even when either of the spouses is reluctant to the mutual divorce, agrees to a mutual divorce because it is relatively inexpensive, time saving and not as traumatic as a contested divorce. Matters such  as child’s custody, maintenance and property rights could be agreed mutually through an Agreement.

There are three aspects regarding which a husband and wife have to reach a consensus.

First is Maintenance decided by a wife. For this no law has stated the minimum or maximum limit of support. It could be any figure or no figure.

Third one is the Property, the spouses must decide who will get which part or how much of the property. Thus includes both movable and immovable property. Even bank accounts could also be shared amongst the two. It is not necessary for it to be fair, so long as it is agreed to by both parties.

Once the first motion of the Divorce is filed, before filing of the second motion of divorce, there is a timing minimum of 6 months. However, waiver application could be moved before the Hon’ble court and its total courts jurisdiction on its allowance. As per section 13B of Hindu Marriage Act, 1955 and section 28 of special marriage act, 1954, the couple should be living separately for at least one year before divorce proceedings can begin. Living separately does not mean that they are living in different locations, it’s just mean that couple have to prove that there is no relationship between two as husband and wife i.e. having no physical relationship etc.

Cruelty could be physical or mental cruelty. If any of the spouses has an apprehension or a reason to believe that he/she has been a victim to cruelty then it would be a sufficient ground to file for Divorce.

If the husband has maintained illegal or consesunal intercource with a third woman, the wife is free to file for Divorce. However, it is no longer considered as a crime after the Supreme Court Recent judgement.

If one spouse is deserting the other spouse without a reasonable cause (cruelty for eg) then there is  a reason for Divorce. There should be a proper reason to prove that. As per the act, dissertation should have lasted for at least two consecutive years.

If any spouse converts his/her religion then divorce could be filed.

If any spouse becomes of unsound mind then divorce can be granted by either of the spouses.

Renunciation of the world

If any spouse has renounced the world then spse can take divorce.

BIAT Legal LLP over the years has become expert in handling Family and Matrimonial Litigations.